The Agents set out to Research the lead provided by the Greek Dissidents – the island of Gyaros. 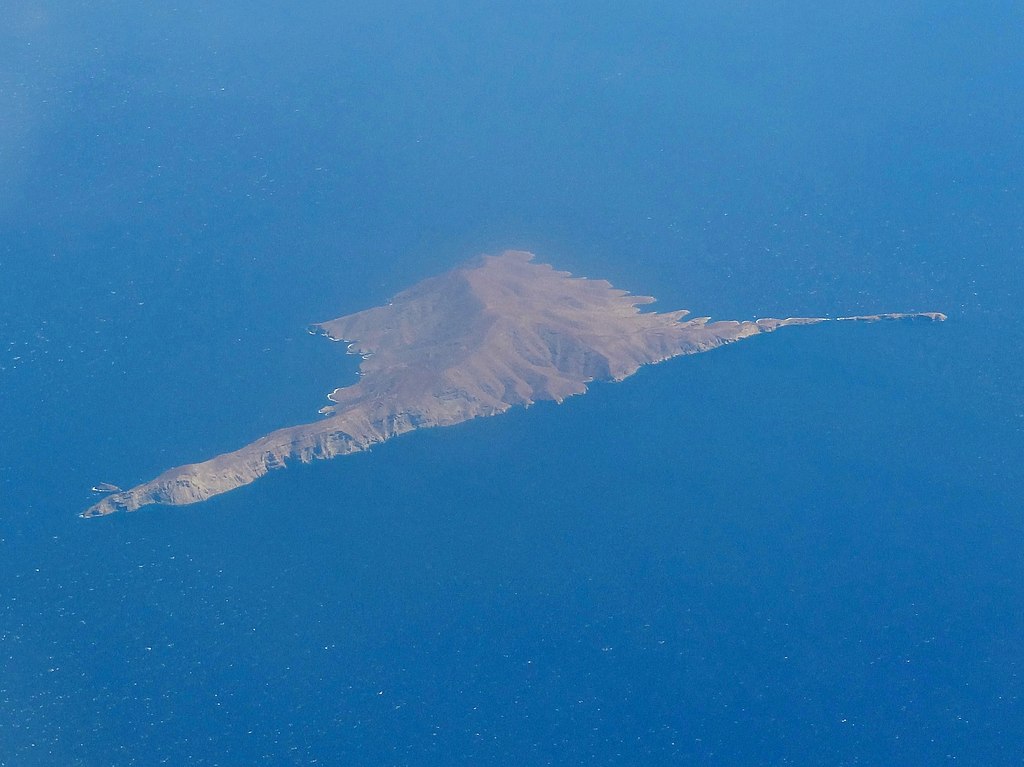 Gyaros was an uninhabited island about fifty miles south-east of Athens. Infamous as a place of exile – the Romans used it to imprison important prisoners, and for much of the latter half of the 20th century, the Greek government used it as a prison for political prisoners.

When the prison was shut down, the island was briefly used as a firing range for the Greek navy. The only extant structures on the island were the remains of the old prison.

Gyaros was arid and inhospitable, although there were some archaeological traces suggesting it was once farmed. These days, it’s a nature reserve for the monk seals, birds, and rare snakes. It’s effectively closed to the public, to protect the endangered species and because the island is still littered with unexploded ordnance.

History recalled that Pliny the Elder claimed that there was a city on this arid rock, but the inhabitants were put to flight by a plague of mice.

Varoutte called in a few favors and got some surveillance of the island, but it was completely occluded by a severe thunderstorm that was above the island. Peculiarly, the storm only covered the island area; otherwise the skies were clear. Also, the storm did not appear to be moving along the prevailing wind. It wasn’t moving at all.

Remembering what had happened back in Norilsk, the team realized that a vampire was controlling the weather, and as the thick clouds would be a perfect shield to direct sunlight, that meant something was going down on the island right now.

Ali headed to the docks and hired a charter boat to get to Gyaros, and Burroughs made some adjustments and improvements to her stolen helicopter. The plan was for her to be a distraction while the others landed on the side of the island that had no docks, and then make their way inland to see what was happening there.

They headed out shortly thereafter, and were soon approaching the isle.

The Battle of the Island

Burroughs reached the island first, and began her flyover. The island wasn’t large, about nine square miles, and soon found a number of heat sources in the island’s interior. There were at least a dozen men as well as one who was substantially cooler than the others. This figure gestured at the helicopter and Burroughs was in a sudden fight for her life as gale-force winds buffeted the vessel. The heli spiralled down towards the rocky surface, and it was only her experience and reflexes that enabled her to avoid a crash. As it was the heli was much worse for wear, but still flyable. Barely.

By this time the rest of the team had landed and soon met up with Burroughs. As they made their way across the island, they suddenly came across a lifeless body lying at the base of what appeared to be a small pomegranate tree. The body was of a Greek male, not known to any of the Agents, and had a gruesome slash across his throat. It looked as if his blood literally soaked into the ground by the small tree. Burroughs noticed a small fruit budding on the plant, and reached out to take it. It felt wet and slippery, and she started when she realized that her fingers were bleeding where she had touched the fruit. There were no wounds; the blood just seemed to well up through her skin.

Somewhat shaken by this, she smashed the fruit underneath her heel and the team moved on, only to shortly come across another body. This one was female. As the Agents turned the body over, there came a start of recognition from Varoutte. It was his Solace, Marie. She also had her throat cut at the foot of a small pomegranate tree. All could see how deeply this affected Varoutte, but he bravely soldiered on.

Cresting a small rise, the team saw the Conspiracy members in a grove of trees. Some were harvesting fruit while others stood guard, armed with submachine guns and even flamethrowers. In the center of the area, a robed monk stood, flickering slightly into and out of reality. It was a vampire in spectre form. By it sat an large ornately carved metal chest, into which the harvesters were depositing their fruits before going back for me. Like the monk, the chest was only semi-corporeal. The monk seemed preoccupied somewhat, perhaps concentrating on the storm clouds that continued to roil overhead.

Bodies could be seen laying among the pomegranate trees, and where each body lay a tree was bearing fruit.

The team had acquired a number of RPGs back in Athens, and put them to good use here. Henley had modified one to spray blood instead of high explosives, and blasted this into the densest group of guards, in the hopes of forcing the vampire into solidity.

Burroughs followed up with a standard rpg, targeting the monk and the chest. The guards fell before the explosive blast as chaos reigned amongst the conspiracy. The rest of the team opened fire, taking down guards as they stumbled after the blast. Another rpg round took out a flamethrower, causing even more chaos in their ranks.

Suddenly, everyone’s attention was caught by a rapidly approaching ship – it appeared to be an Elli-class Greek frigate. 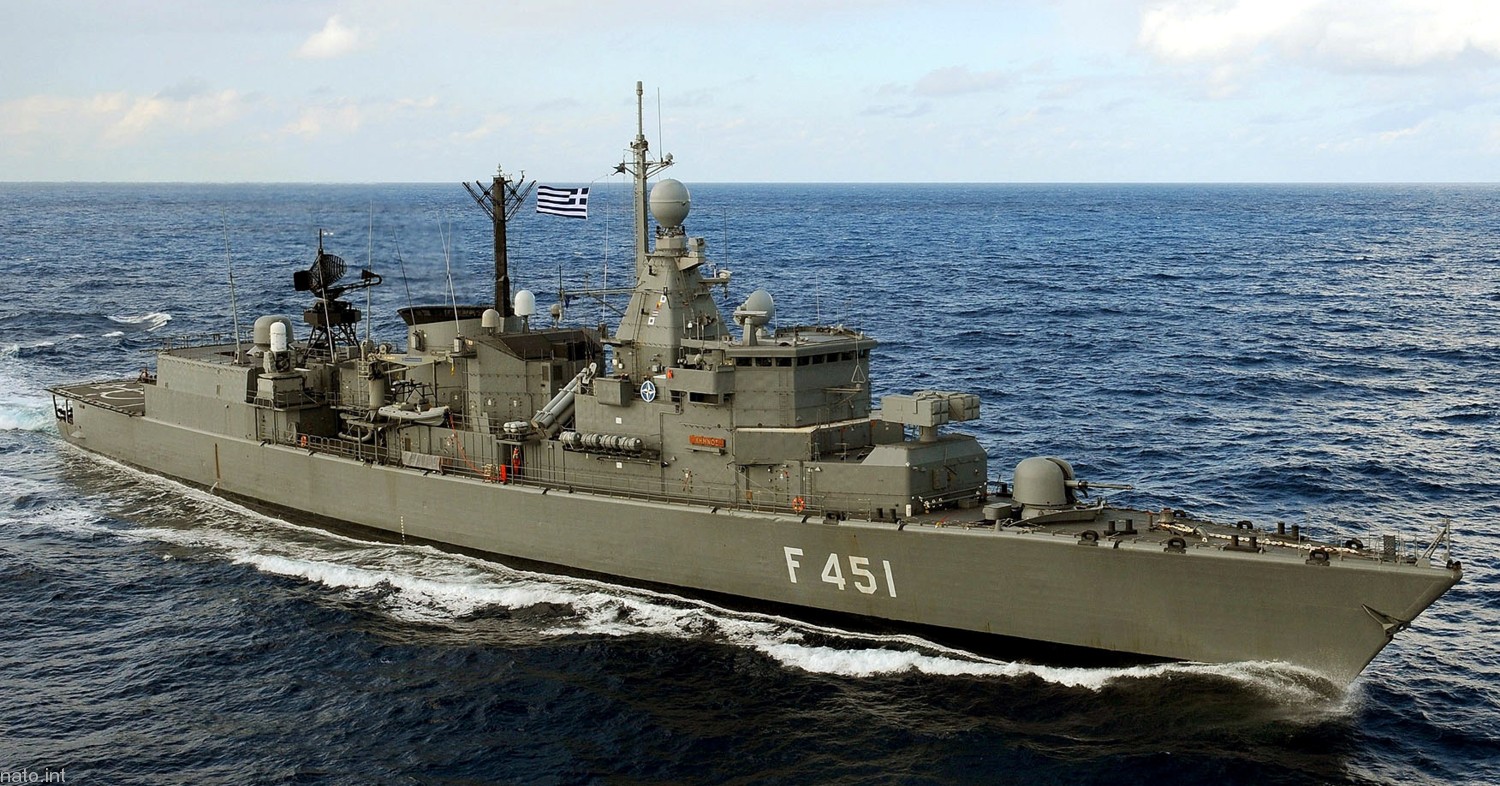 The team all knew the sound and hit the dirt – there was no mistaking an incoming shell. The heavy round burst in the middle of the grove, blasting the remaining men into bits. But the monk and the chest remained. The robed figure lifted his arms to the sky, and all watched in astonishment as a massive tsunami reared from the island surf and slammed into the frigate. The massive wave overwhelmed the ship, as it listed to the side as the wave continued to build. The frigate was lifted along the wavefront, beginning to roll. Electrical flashes could be seen in the watery wall as the ship was rent in two by the devastating force. The wave continue out to sea as the pieces of the ship disappeared from sight.

With that, the monk dropped his arms, reached down and effortlessly picked up the massive trove of pomegranates. With inhuman speed he began to move away from the now-devastated grove. The team would not be able to catch up with him at his current pace.

Assault on the Eyrie The Persephone Extraction

The Enemy of my Enemy The Persephone Extraction

Hell in Hellas The Persephone Extraction